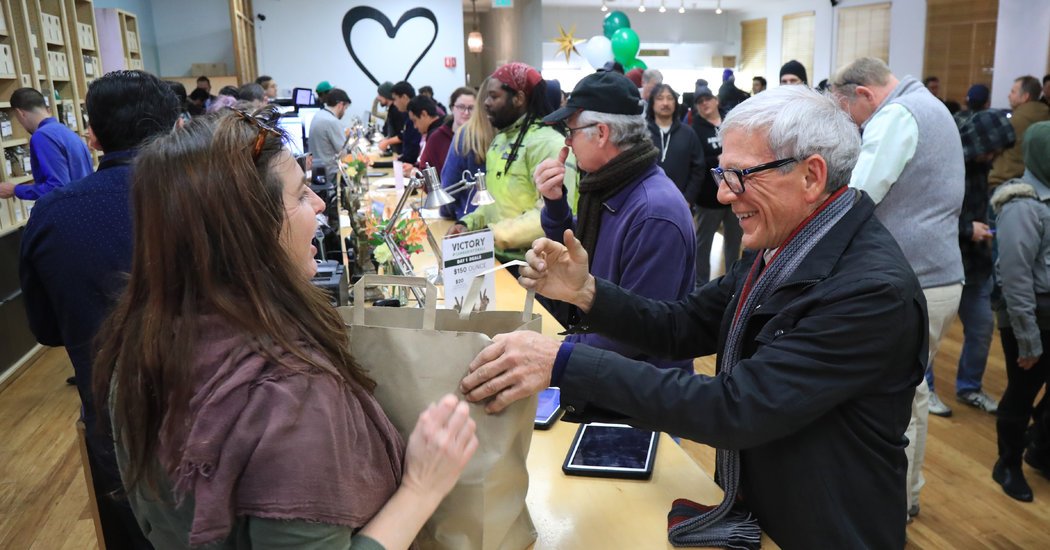 OAKLAND, Calif. — Retail cannabis shops in California opened their doors on Monday for the first time, inaugurating what proponents say will become the world’s largest market for legalized recreational marijuana.

A transaction that remains illegal in many parts of the country seemed almost banal on Monday for the customers at a dispensary in Oakland who picked out their marijuana, showed their driver’s licenses and walked into the brisk morning air with their drugs in a paper bag.

“This is a whole new world opening up,” said Diana Gladden, 48, who bought marijuana for herself and her aging parents. “My mother, a very strict Southern Baptist, now thinks it’s O.K. because it’s legal.”

One customer left with more than $1,000 worth of cannabis in a large grocery bag.

Medical marijuana has been legal in California for more than two decades but the arrival of full legalization in the state is a milestone for the nation’s fast-growing cannabis industry. Pot is now sold legally down the entire length of the West Coast, plus Alaska.

A slow and halting rollout of California’s new cannabis regulations limited the number of shops offering the drug on Monday to just a handful of cities across the state, including Berkeley, Oakland, San Jose and San Diego. But more municipalities, including San Francisco and Los Angeles, are expected to issue licenses soon.